© DynamicFrameworks- Elite ThemeForest Author.
We go the extra mile to make you smile 801.300.2979 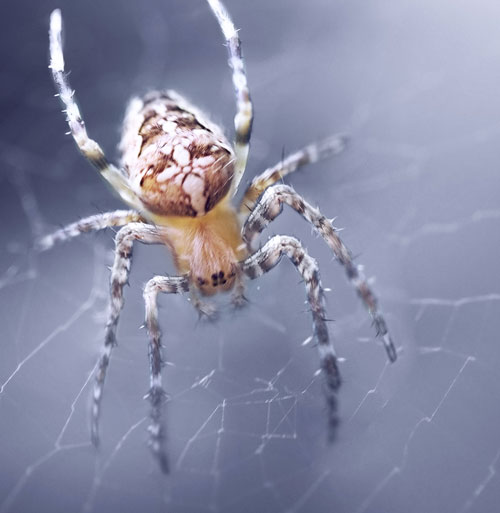 Many species of spider are abundant in Utah thanks to the diverse mix of climates and natural settings that range from deserts to mountainous alpine forests. Depending on which part of Utah you are in, there are a variety of funnels, orb weavers, crab, wolf, and jumping spiders. All spiders have some amount of venom with varying potency. The venom is injected through fangs into the victim, usually an insect. The most dangerous spiders to humans are the arachnids; including hobo and black widow spiders, as well as tarantulas.

The black widow has potent venom and is ½ inch to 1 and ½ inches in size. They are found in Utah, in piles of wood, under rocks, in brick piles, under eves, or other sheltered areas. When living among humans, they prefer areas of undisturbed clutter. Most bites occur when the spider feels like it needs to defend itself.

Hobo Spiders arrived in Utah 1980’s. Brown in color and ¼ to 1 inch in size the hobo spider can be mistaken for a common house spider. They spin a funnel-shaped web and have a poisonous bite. Like brown recluses, hobos tend to hide during the day and roam nocturnally.

We haven’t seen any bugs since he came out. He was able to explain the importance of having them do an initial spray, then a second (egg cycle). Thanks for all your help!

Troy was very friendly, showed up on time and was able to complete the entire yard and foundation in a quick time. this is the second year using Alpine and have been very pleased.

He was very professional, introduced himself, explained everything well and did a thorough job. He said if we notice after a week that spiders aren’t going away to call and he will come back out.

Showed up on time, was not invasive to my privacy and he answered all my questions and educated me on the matter. This is the second year in a row using Alpine and I will be having them come back again next time.

Alpine Pest Control was the best pest control service I’ve ever used. They were on-time, cost effective, easy to get appointments and were quick to respond to calls. I highly recommend using Alpine Pest Control and ask for Troy as your technician!